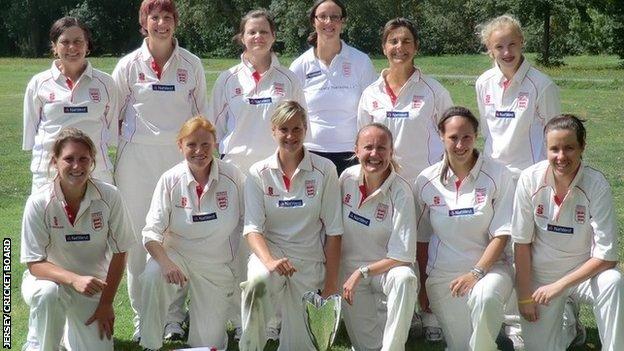 The island side beat Germany by eight wickets in the final of the Twenty20 tournament thanks to 36 not out from skipper Gemma Dunning.

It ended a perfect tournament for the island's women as they remained undefeated in the group stages.

They topped the group with wins over Belgium, Gibraltar, a Netherlands XI, Estonia and Germany to make the final.

Jersey restricted second-placed Germany to 106-4 in the final.

They reached their target in 16.5 overs as Helen Liron hit 21 in addition to Dunning's top score.