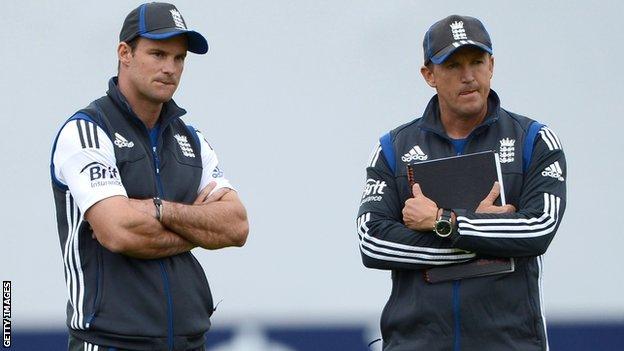 England coach Andy Flower says his side need a strong performance in the second Test at Headingley if they are to level the series with South Africa.

The tourists cruised to an innings win in the first Test at The Oval and will overtake England as world number ones if they take victory in Leeds.

Flower said: "We were completely outplayed in that first Test.

"The big job ahead of us is to come back strong and see if we can equal the score in the series."

The defeat, Andrew Strauss's side's first on home soil since 2010, was their fifth in nine Tests in 2012.

"It was the first game we've lost this summer, quite a tough loss, and we've got to regroup and come back strong," added Flower.

"There's always expectation and a wish for England to do well so to be beaten like that was a bit of a shock to some people."

Flower is hopeful James Taylor, 22, can make an impact to help the hosts tie the series. The Nottinghamshire batsman, who has impressed with England Lions over the last two years, makes his debut in replace of Ravi Bopara, who is unavailable for personal reasons.

Flower said: "One door closes and another opens and I wish James all the best and hope he grabs the chance but also I hope he can contribute to England winning."

Despite the manner of defeat in the first Test, Flower has insisted England will resist any calls to make "wholesale changes".

"Part of our strength has been our ability to adapt," he said.