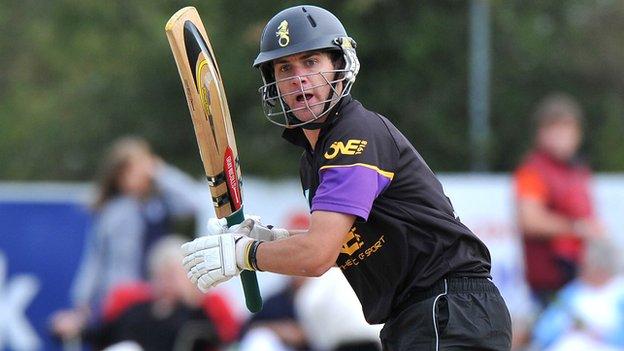 James Shannon has been drafted into the Ireland senior squad for the first game of the series against South Africa A.

The Instonians batsman has skippered the Ireland A side and scored an unbeaten 99 to help his club side win the NCU Senior Cup final last week.

There's also a recall to the senior ranks for Limavady seamer Andy Britton, who impressed coach Phil Simmons last week in the game against Durham.

The opening four-day game starts at Oak Hill next Monday.

Simmons said: "Andy has definitely got some pace and he also gets some seam movement. It's an opportunity for him to join the squad and learn from the senior professionals.

"James Shannon has got undoubted star quality but he hasn't scored the volume of runs that his talent warrants - yet. The more experience he gains at this level, the better player he'll undoubtedly become.

"South Africa A have named very strong squads for these games and it's a chance for our players to show what they can do against top quality opposition."

Kevin O'Brien is captain of the 13-man squad.