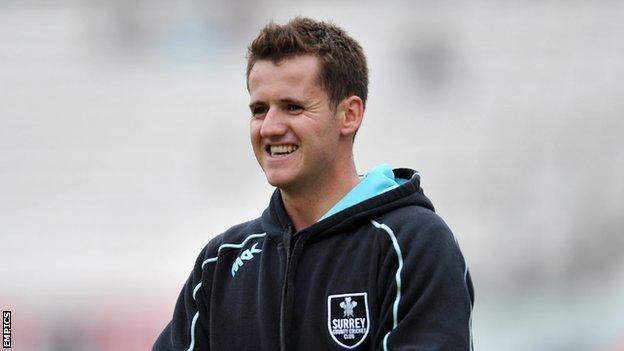 Surrey wicketkeeper-batsman Steven Davies has signed a new three-year contract with the club.

Davies, who has made 13 limited-overs appearances for England, will remain at the Oval until the end of 2015.

The 26-year-old told BBC London 94.9: "I've had a great three years since moving from Worcestershire and I think we've made some great progress.

"Surrey is a massive club and we want to win trophies. There's lots of hard work to do."

Last season Davies helped Surrey to the CB40 title and promotion to Division One of the County Championship.

"I want to get back in the England set-up and for me to do that I'll have to play well for Surrey," he added.

"As a wicketkeeper who performs vital batting roles in all forms of the game his stock is high, so to secure him for a further three seasons is great news."