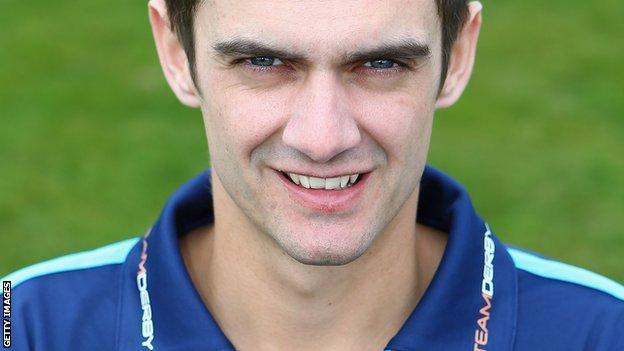 The Yorkshire-born bowler has made a big impact since joining last September, taking 27 wickets at 27 apiece and helping the side top the Division Two table in the Championship.

Head coach Karl Krikken said: "David's performances have been magnificent. He's been a key element in our success.

"A spinner who can take wickets or bowl containing spells is so important to any team."

Krikken added: "David has proved himself well capable of carrying out both roles to perfection."