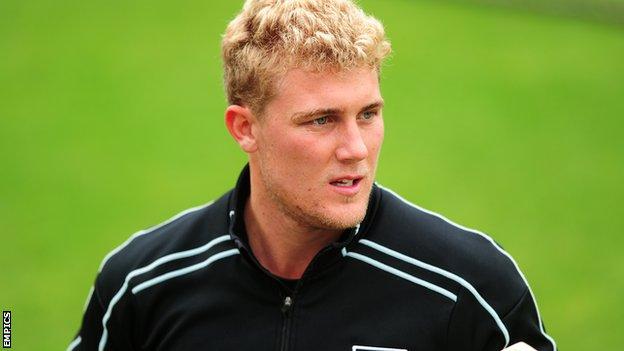 Rory Hamilton-Brown has relinquished the Surrey captaincy with Gareth Batty taking on the role until the end of this season.

Batty was appointed acting-skipper last month after Hamilton-Brown decided to take a break from cricket following the death of team-mate Tom Maynard.

The 24-year-old said: "It has been a privilege to have been in charge of a fantastic group of players.

"What we achieved together is a great source of pride to me."

Hamilton-Brown continued: "I would now like to concentrate on my own game and try to achieve ambitions I have in the game by continuing to play well for Surrey."

Surrey team director Chris Adams told the club website: "Having taken on the captaincy in 2010, winning a Lord's final and securing promotion to Division One in 2011 were both fantastic achievements.

"He has undoubted talent and a desire to take his game to the next level.

"I hope he achieves all his ambitions within the game in the years to come."