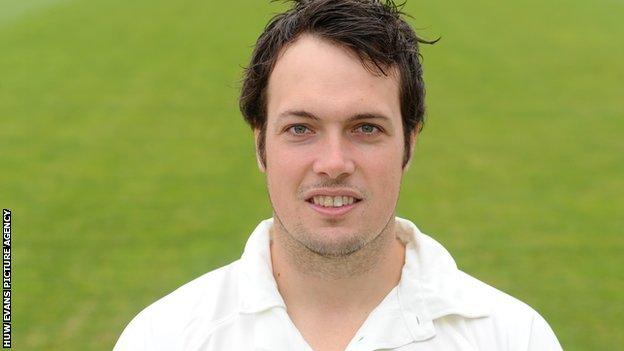 The left-hander has accrued only 358 runs in 18 Championship innings at an average of 19.88.

Nick James is expected to open alongside Will Bragg.

Graham Wagg is named in the 12 and is likely to make his first four-day appearance since breaking his ankle against Essex in early May.

Wagg took 23 wickets at an average of 14.7 in a successful start to the season in a period when low scores dominated around the country.

Veteran spinner Robert Croft is set to play his sixth championship match of the summer after his match-winning spell against Gloucestershire in Swansea, where he took eight wickets.

That win over Gloucestershire was the county's second four-day victory which took them off the bottom of Division Two.

But Glamorgan have struggled for runs at the top of the order while James, who has figured in four four-day games, has also yet to make an impact with the bat.