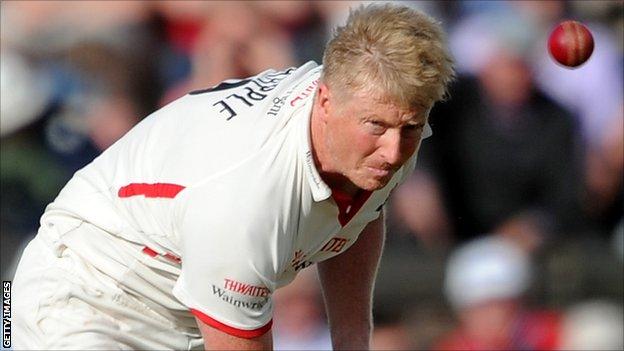 Glen Chapple is confident Lancashire will pick up the points they need to avoid relegation from Division One.

And he wants the team to use the experience of winning the title last season to their advantage.

"We've got as much riding on the rest of the season as we had last year," Chapple told BBC Radio Lancashire.

"We can take positives from the way we've played lately and it's quite simple what we need to do - just go out there and win some games."

Lancashire, who won the County Championship outright for the first time in 77 years last September, have four matches left to secure their Division One status.

They lie eighth in the table, two points from safety, and face bottom club Worcestershire in their next game, which starts at New Road on Wednesday.

In contrast to their results in the longer format, their one-day form has been very good and they need just one win from their last three group matches to guarantee a semi-final berth in the CB40 competition.

A nine-wicket win over the Netherlands at Old Trafford on Sunday was set up by the performance of the Lancashire bowlers, who dismissed the Dutch for just 68 in a rain-affected clash.

"They've been a dangerous team so far and to win convincingly is great," said Chapple. "We got out of the blocks early, played good cricket and we came away with an easy win in the end."