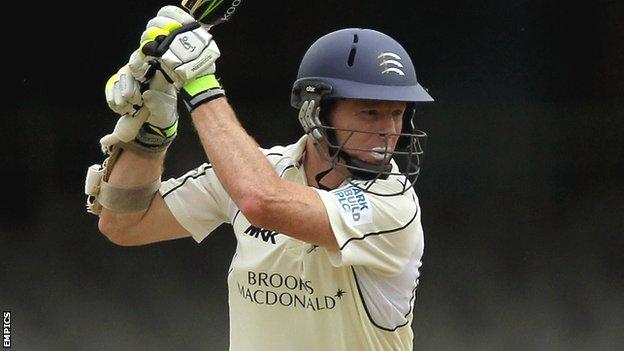 The side have not won any of their last five games in Division One.

Rogers told BBC London 94.9: "We've lost that rhythm we had just before the Twenty20 competition but that's what happens in a season.

"We have to start playing better again. We aren't playing too badly but need to fight back."

The 34-year-old Australian continued: "We had a good game against Warwickshire but were unlucky with the weather and weren't quite good enough against Sussex."

"There's no shame in that," Rogers continued. "There are some excellent sides in this competition.

"We've got four games to go and every side is good, so we've got a real challenge ahead of us to make sure we finish well."