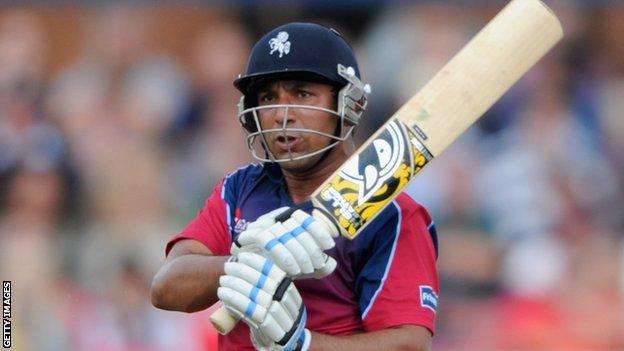 Kent will not offer all-rounder Azhar Mahmood a new deal for the 2013 season due to his Twenty20 commitments abroad.

The 37-year-old has been released for the next two weeks so he can play in Sri Lanka and is set for another spell in the Indian Premier League next year.

"These are big opportunities for players and we have to consider that in making these kind of decisions."

Clifford continued: "It's the reality of the modern cricket world that Twenty20 opportunities arise for players.

"We recognise where he is at in his career and the ambitions he wants to realise."

The Pakistan-born player signed a two-year deal to appear for Kent in all forms of the game last November.

However, he represented Kings XI Punjab during this year's IPL and will now feature for Wayamba United in the Sri Lanka Premier League.

"Azhar approached us as to whether he might be released to play in the Sri Lanka," Clifford continued.

"It was a request the cricket management considered and on balance we decided we'd agree to that request."

Although Mahmood was a regular in Kent's FLt20 campaign this year, he has made just one appearance in the County Championship.

Clifford says Kent will look to securing his services for next season's domestic Twenty20 tournament.

"The contract in its current form ceases to be meaningful when you've got big chunks of the season when Azhar could be missing, as we've seen this year," Clifford said.

"That doesn't mean Azhar won't return. We've got an option so if he is playing Twenty20 in England next year, we have first refusal."