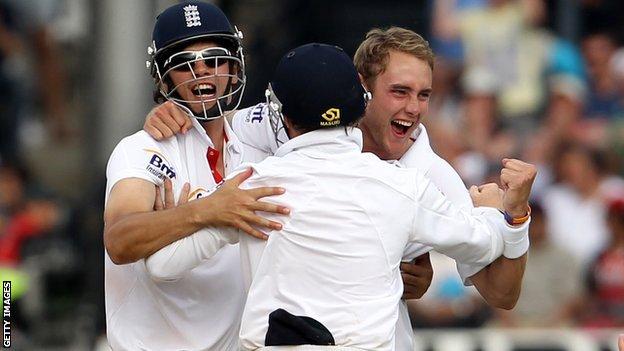 England captain Alastair Cook has been named in the International Cricket Council's Test Team of the Year with team-mates Matt Prior and Stuart Broad.

England trio in the last 12 months

Wicketkeeper Prior is named for the first time, while Cook and seamer Broad appear for the second successive year.

World number one Test team South Africa have four players in the side.

The ICC's panel picked Australia's Michael Clarke as captain of the world Test side, which was selected based on performances over 12 months from 4 August 2011.

Clarke has been nominated for the International Cricketer of the Year award, along with Hashim Amla, Vernon Philander and Kumar Sangakkara.