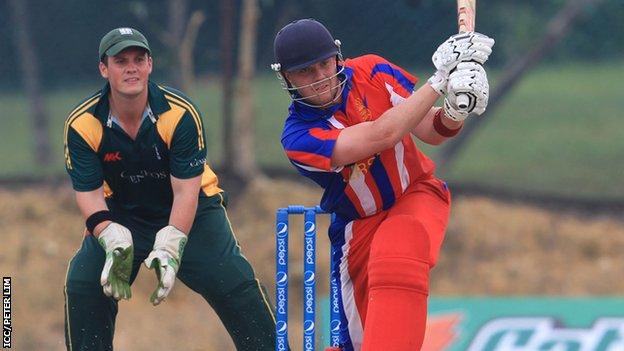 Batting first after winning the toss, Guernsey were bowled out for 174.

Ben Stevens starred with the ball, with figures of 3-28, including the wicket of top-scorer GH Smit, who made 40 at the top of the order.

Stevens then scored an unbeaten 73 from 87 balls to see Jersey home with six overs remaining.

"We knew if we could bat the 50 overs and bat properly then we'd get the runs," said Jersey's coach Craig Hogan.

"Our fielding was good again and we took some great catches.

"It was a really good all round team effort."