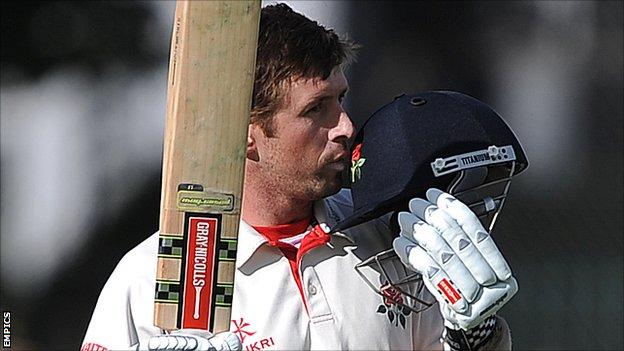 Opener Paul Horton says the final two matches of the Championship season are as important to Lancashire as when they sealed the title last September.

Lancashire must win their last two games to be sure of avoiding the drop.

"We want to be in Division One," said Horton. "We don't want to win the Championship and then get relegated.

Lancashire won the Championship title outright for the first time in 77 years last season, but have found the going much tougher in 2012, winning just one of their 14 four-day games this season.

And although their one-day form has been much more impressive, they missed out on the chance to play in a Lord's final.

The Red Rose lost their CB40 semi-final to Warwickshire by 23 runs at Old Trafford on Saturday.

"It just didn't come off and it's very rare that one of our top four doesn't come off," Horton told BBC Radio Lancashire.

"You look at the seasons that Stephen Moore and Steven Croft have had, and Karl Brown has played really well, but it just didn't happen.