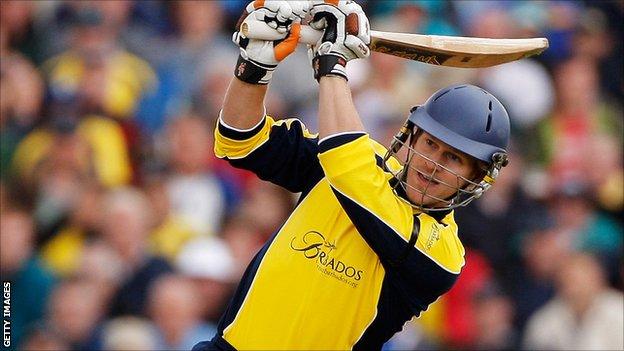 Hampshire captain Jimmy Adams says it will be a proud moment when he leads the side out at Lord's on 15 September.

The County will play Warwickshire in the final of the CB40 after cruising to an eight-wicket win over Sussex in Saturday's semi-final at Hove.

And Adams says he is going to relish the unexpected occasion.

"At the start of the year we were just trying to push ourselves into the knockout stages and then you never know," Adams told BBC Radio Solent.

For Hants it is their second major final of the season, having won the Twenty20 competition last month.

And victory over Warwickshire would cap a memorable season for the county.

"We were not expecting it to happen the way it has," says Adams.

"It's been a great year so far and one more big push and it will be an unbelievable year. If we are smiling in two weeks time then that will be a good omen."