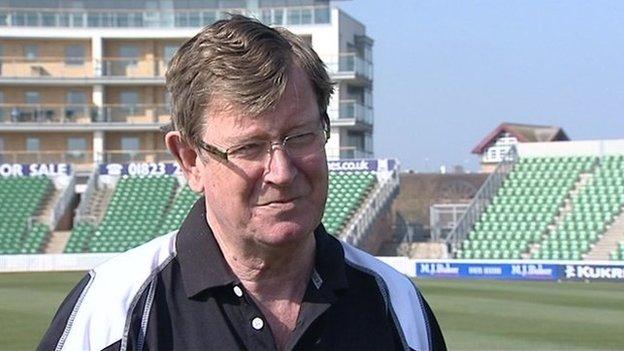 Somerset director of cricket Brian Rose has announced he will step down at the end of the 2012 season.

Rose, who has held the post since 2005, has agreed to leave by mutual consent.

The former England Test batsman led Somerset to the domestic Twenty20 title in his first year in charge and they have since been runners-up three times.

"Brian has served the club with great distinction as a player, captain and as the director of cricket," chairman Andy Nash told the club website.

"He remains the club's most successful captain by winning five trophies.

"He has transformed the performance of the first team, taking them from the bottom of the second division to one of the most consistent and competitive sides in all three competitions."

Rose revealed he made his decision after the club had suffered another defeat on T20 finals day, losing to Hampshire in the semi-finals.

"After the result at the Swalec Stadium, I have come to the conclusion that a fresh approach is needed at first-team level," said Rose.

"I will continue to try and assist the club in meeting its core objective of winning trophies.

"Somerset is extremely well placed to prosper in the future and I look forward to seeing this magnificent club go on to even greater things."