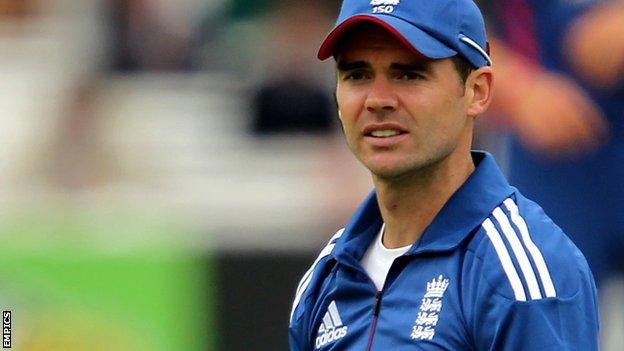 England bowler James Anderson has been drafted into the Twenty20 squad to play South Africa as cover for Steven Finn.

Finn, 23, is struggling with the stiff back which forced him to miss the final one day international against the tourists on Wednesday.

The first of England's three T20 games against South Africa takes place at Chester-le-Street on 8 September.

Anderson has not played for England in a T20 game since a match on tour of South Africa in November 2009.

The 30-year-old has not been named in the squad for the World Twenty20 as England, captained by Stuart Broad, attempt to defend the crown they won in May 2010.