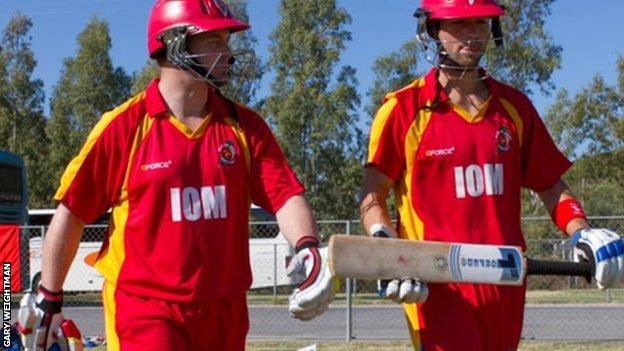 The Manx cricket team have qualified for the semi-finals of the ICC European Division Two Championships in Corfu.

The island completed all their group fixtures knowing that wins for both Sweden and Finland in their final games would end their competition.

Sweden recorded a comprehensive victory over Croatia to top Group B, but Finland crashed out after a shock defeat by Greece.

The Isle of Man will now face Israel in the semi-finals on Friday.

Israel are the only team to win all five of their group matches, including victory over an impressive Spanish side who will now face Sweden in the second semi-final.

Isle of Man coach Gareth Dawson said: "We are delighted to reach the semi-finals but know we have to raise our game.

"Israel are a very strong side but we have experience of these situations to draw upon."

Last year the Isle of Man finished third in Belgium after losing their semi-final against Italy.

Both finalists from this year's competition will gain promotion to next season's Division One tournament.