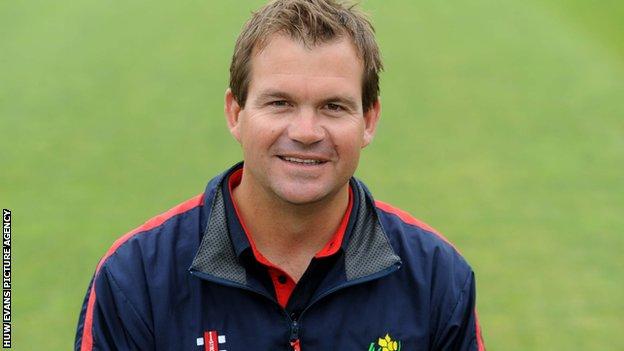 Coach Matthew Mott wants Glamorgan to end his "toughest season" with a victory over Kent.

Glamorgan have won seven of 37 games this season and play their final game in the LV= County Championship at the Swalec Stadium on Tuesday.

The match will also bring an end to Robert Croft's uninterrupted 23-year career with the Welsh county.

"I won't lie, it has been the toughest season I have been involved with," said Australian Mott.

Coupled with the disappointing results, Glamorgan have lost one of their most talented players following James Harris's decision to leave as he seeks to boost his hopes of playing for England.

Veteran Croft has also announced his retirement of all forms of cricket and is take a coaching and marketing role with Glamorgan for next season.

Mott issued a warning to all his coaching and playing staff about the need to improve and finish the season on a high.

"We are all on short-term contracts, it is a performance-based game and if the performances aren't there everyone comes under the microscope," said Mott.

"It would be great to send Crofty off with a win because we feel like we have massively underachieved this year."

Glamorgan have failed to put a string of results or performances in any competition during the season.

Mott believes Glamorgan's season dive-bombed during a disappointing month of April that saw three defeats and a draw.

"There is a stat which says since the arrival of Marcus North [in May] we are second on the Championship ladder," said Mott.

"That shows how we have held our ground but the damage was done in the games in April. Not coming out with a win then really hurts us.

"The results aren't great and we cannot stand here and say we have had a good season because we have not but I don't think we are far away."