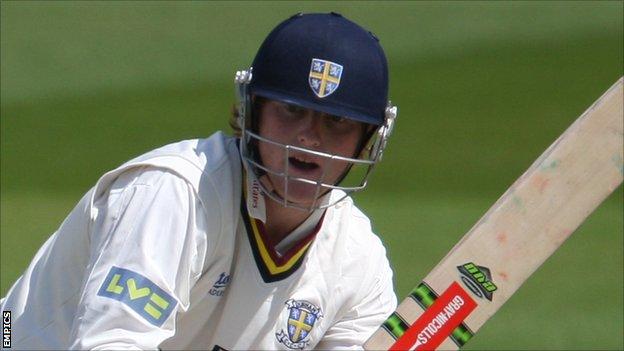 Durham head coach Geoff Cook has backed all-rounder Ben Stokes to push for a return to the England set-up, despite a mixed County Championship campaign.

Cook told BBC Newcastle: "He hasn't the volume of runs he would have hoped for.

"His bowling has come on tremendously, he's a genuine all-rounder and I am sure he will be playing international cricket pretty soon."

That debut led to a further four appearances in that format in addition to a brace of Twenty20 games for Andy Flower's side.

"Getting stabilised after that exposure is sometimes pretty difficult for younger cricketers."

Meanwhile Durham wrap up their season at home to Sussex in unusual circumstances - safe in mid-table rather than challenging for honours.

Cook's side made a disappointing start to the campaign, failing to win any of the first 10 games, but rallied with four victories and a draw to steer clear of relegation to Division Two.

"It was bewildering [as to] why we got such a bad start, the conditions were bad," said Cook.

"We've a young team that is starting to develop now and it's been an opportunity to get experience.

"Now we can move forward as a team that is hopefully going to develop into a winning unit to replace the team that has been dismantled a bit.

"We've played some pretty good cricket and been as successful as any other county in the second half of the season."