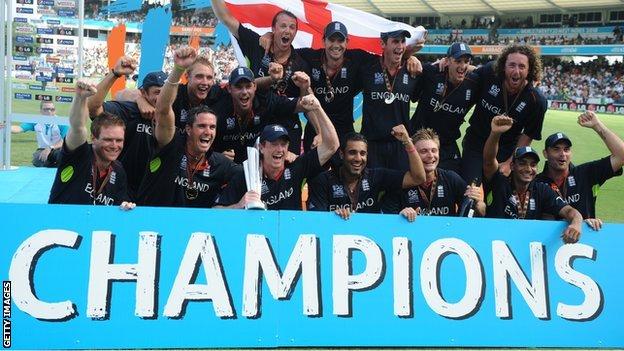 The fourth ICC World Twenty20 begins in Sri Lanka on Tuesday, with England looking to defend the title they won in 2010.

Here, with the help of BBC cricket correspondent Jonathan Agnew, BBC Sport takes a look at the 12 teams involved.

World T20 history: Failed to get past the Super Eight stage until 2010, when they arrived in the Caribbean as unfancied outsiders but left with their first major ICC trophy. 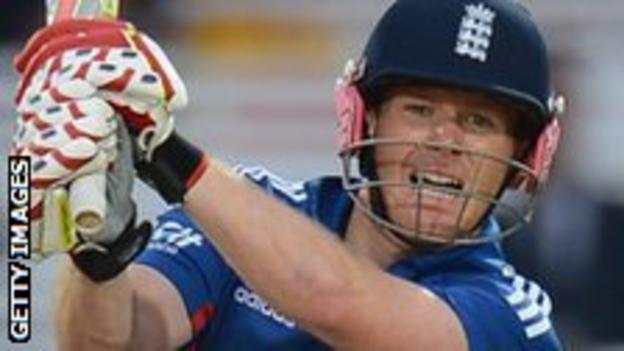 Star player: Ireland-born Eoin Morgan has been one of England's key limited-overs performers for the last three years. His range of scoring shots makes him a nightmare for opposition bowlers, and if he can score plenty of runs in Sri Lanka he could lead England to more glory.

One to watch: Yorkshire batsman Jonny Bairstow burst on to the scene with a scintillating 41 from 21 balls in a one-day international against India in 2011. His rapid progress has continued this season, with scores of 95 and 54 in the third Test against South Africa being followed by a match-winning 68 not out for Yorkshire in the domestic T20 semi-finals.

Agnew's view: "England will face very different conditions to those in the Caribbean in 2010 and Kevin Pietersen's absence will make a difference, but they are a very good unit. They have Eoin Morgan, and I like the look of Jos Buttler, but you feel that they might be missing a big character in the top order."

World T20 history: Inaugural winners in 2007 but have since failed to progress past the Super Eights.

Star player: Inspirational skipper Mahendra Dhoni was part of the side which won the competition in 2007 and he has led the Chennai Super Kings to two Indian Premier League titles and the 2010 Champions League. An astute captain, big-hitting batsman and classy wicketkeeper, he is crucial to India's chances.

One to watch: A new breed of Indian batsman is being led by Virat Kohli, a 23-year-old with a one-day average of more than 50 at a strike-rate of 86.

Agnew's view: "They have explosive players that are capable of setting big totals. The likes of Sehwag, Dhoni, Kohli, Gambhir and the returning Yuvraj Singh make them a serious batting unit. If they gel, then they will be among the favourites."

World T20 history: Made their first and only appearance in an ICC tournament in 2010, where they lost both group games. 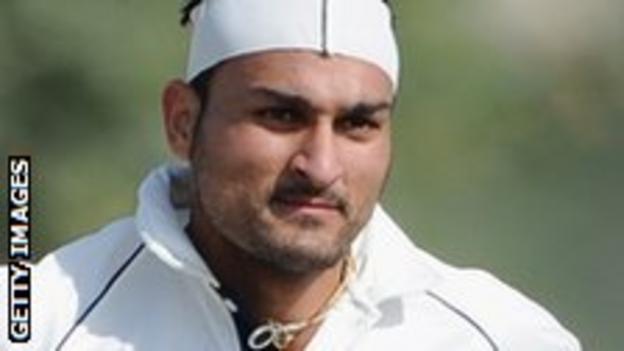 Star player: Bandana-wearing paceman Hamid Hassan is capable of giving batsmen the hurry up and his skiddy yorkers are a key weapon at the end of an innings.

One to watch: Wicketkeeper-batsman Mohammad Shahzad smashed 77 from 57 balls in a World T20 qualifier against Ireland and, with an average of 31 and a strike-rate of 112, could be a dangerous customer for bowlers.

Agnew's view: "It's just a wonderful story that they are here. They have a lot of spirit about them and they are the team that England have to beat. Afghanistan will be coming out to cause a shock, and the defending champions will have to be absolutely on the ball."

World T20 history: Beaten by Zimbabwe on the way to reaching the 2007 semi-finals and dumped out in the group stages in 2009, the Aussies got it together to reach the final in 2010. 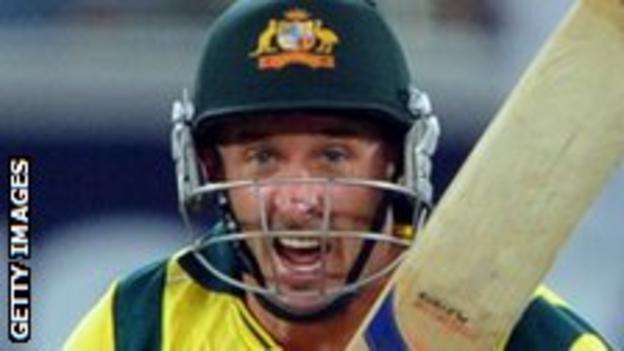 Star player: He might be 37 now, but Mike Hussey remains the glue which holds the Aussie batting line-up together. His strike-rate of almost 147 shows he is as adept at hitting into the stands as he is at nudging the ball about for ones and twos.

One to watch: 19-year-old paceman Pat Cummins enjoyed match figures of 7-117 on his Test debut against South Africa, and is hopefully over the injury problems which have slowed his recent progress. He could lead the Aussie attack for a long time to come.

Agnew's view: "The Aussies are still getting into Twenty20, paying the price for being rather sniffy about it at the start. They have some dangerous players, but I don't think their bowling is particularly innovative. They are an outsider and you can never write Australia off, but they still seem to be learning."

World T20 history: Powered to the semi-finals in 2009 and would have expected to go further on home soil in 2010, only to capitulate at the Super Eights stage.

Star player: When he is in the mood, Chris Gayle is the most destructive batsman in the world - capable of hitting sixes for fun. His off-spin is useful too and he can win matches on his own.

One to watch: Powerful all-rounder Kieron Pollard is one of the new breed of Twenty20 specialists, and is one of the star attractions in the Indian Premier League. Like Gayle, he is capable of hitting towering sixes while his bustling medium pace can be useful too.

Agnew's view: "These are my outsiders and it's nice to be able to talk about West Indies as potential winners of something. They have some serious Twenty20 cricketers and, in Chris Gayle, they have the most dangerous player in the tournament."

World T20 history: Reached the Super Eights in 2009 and may have matched that in 2010 had rain not intervened to save eventual winners England and send the Irish out. 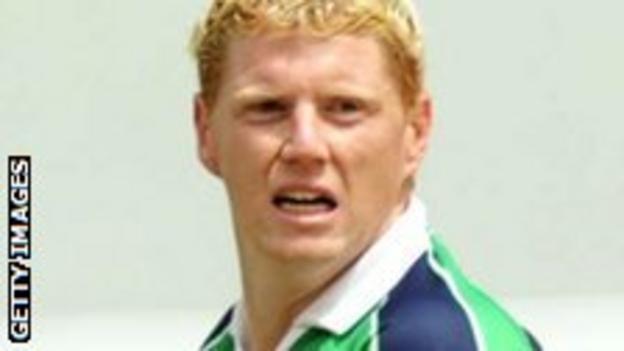 Star player: England fans know all about Kevin O'Brien after his incredible 113 from 63 balls helped his country to a memorable victory over Andrew Strauss's side at the 2010 50-over World Cup in India.

One to watch: 22-year-old all-rounder Paul Stirling starred for Middlesex in this season's domestic T20 competition, averaging 45 from seven matches with the bat. His off-breaks will add be a useful option for Ireland captain William Porterfield.

Agnew's view: "Ireland are not a bad side at all and they will fancy their chances of turning over Australia in the group stages. They are a competitive side with no shortage of confidence and the slowish pitches may well be suited to them. Do not rule out an upset or two, the Aussies will be very mindful of that."

World T20 history: Consistent performers, having reached the final in 2009 and semi-finals a year later.

Star player: Perhaps the most devastating T20 paceman in the world, Lasith Malinga will relish playing in front of his home crowds - his 90mph yorkers are likely to send many a batsman back to the pavilion.

One to watch: Another all-rounder with the game to suit Twenty20 cricket, Angelo Mathews is a naturally gifted batsman who has a Test century against Australia to his name. Injuries have restricted his bowling in recent years, but he remains a useful medium-pacer.

Agnew's view: "I don't think Sri Lankan cricket is very settled at the moment; it hasn't been since Muttiah Muralitharan retired. However, they do have some brilliant performers and one of the best T20 bowlers in the world in Lasith Malinga, who is unplayable when he gets it right. They will be competing strongly."

World T20 history: Have only once progressed past the Super Eights, losing to eventual champions Pakistan in the 2009 semi-finals. 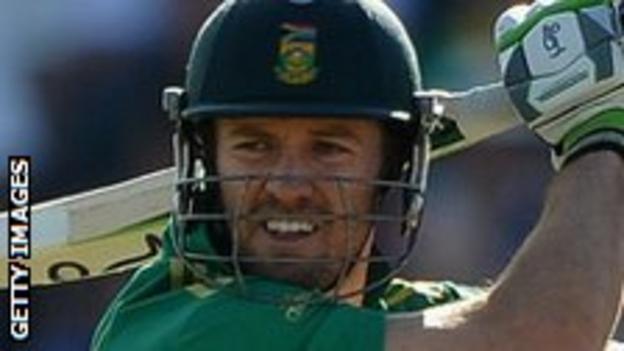 Star player: AB de Villiers is one of the prized signatures in the Indian Premier League and his 47 not out from 17 balls for Royal Challengers Bangalore underlined his status as one of the most devastating batsmen in the world.

One to watch: His brother Morne might steal the headlines in the Test and one-day teams, but Albie Morkel is dangerous with bat and ball in hand. He can hit the ball a long way, and his medium-fast bowling has enough about it to get the best out.

Agnew's view: "They are a good side, but I don't know if they are necessarily suited to conditions in Sri Lanka. They have a top-class pace attack, but one that doesn't have much variation, so maybe they will be vulnerable. Batting-wise, they are a fine side that will score runs."

World T20 history: Beat Australia in 2007, but have never progressed beyond the group stages. 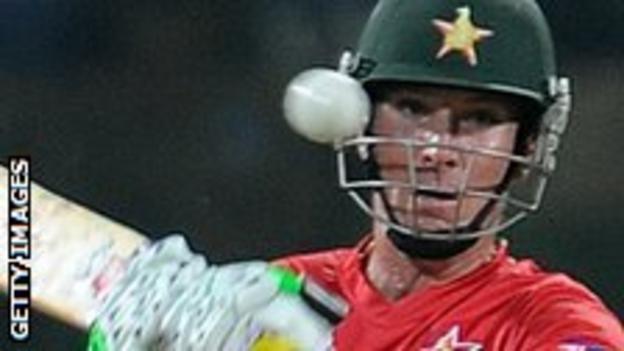 Star player: Classy wicketkeeper-batsman Brendan Taylor is one of the few Test-quality players in the Zimbabwe squad. He hit an unbeaten 59 against a South Africa XI which included Hashim Amla, Robin Peterson and Wayne Parnell in a T20 match in June and has six one-day international hundreds to his name.

One to watch: Opening batsman Hamilton Masakadza has five T20 international fifties to his name and relishes the opportunity to get stuck into a bowling attack - as emphasised by his strike rate of 120.

Agnew's view: "They are full of familiar names, but you wonder about the standard of cricket that some of their players have been exposed to. They've always fielded well, are always very competitive and will be keen to show they are worthy of their place in the tournament."

Star player: 'Boom Boom' Shahid Afridi might have made his name as a big-hitting batsman, but it is his leg-spin bowling which seems his stronger suit these days - his ability to keep it tight and take wickets is crucial to the 2009 champions.

One to watch: According to the world rankings, Mohammed Hafeez is the second best one-day bowler in the world - but he's in the team as an opening batsman first and foremost. He scored 196 against Sri Lanka in a Test match earlier this summer.

Agnew's view: "You suspect that the pitches will suit them, they will certainly bowl well, but it is their nature that we simply do not know how they will go. It would be great for Pakistan cricket if they could do well, and they have enough talent to go far, but questions will always hang over them."

World T20 history: Reached the semi-finals in 2007, but have not since made it past the Super Eight stage. 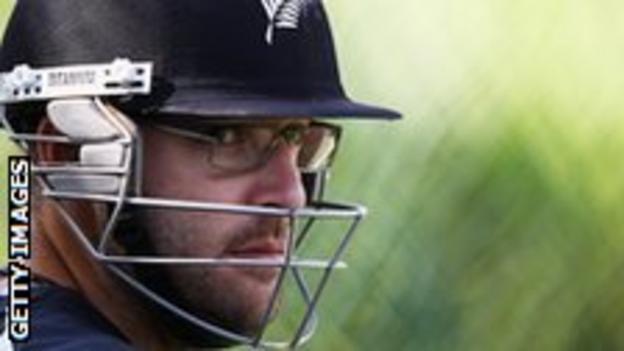 Star player: One of the greatest players his country has ever produced, Daniel Vettori has 4,500 runs and 360 wickets to his name in Test cricket. He is one of the few in the team who can win a match on his own.

One to watch: 22-year-old Kane Williamson burst on to the scene with a century on his Test debut in India in 2010 and he added another ton to his name against South Africa in March. He is a dashing batsman, capable of transforming his Test form into the shorter forms of the game.

Agnew's view: "They have players who are used to playing a lot of Twenty20 cricket, particularly Brendon McCullum, who can destroy bowling attacks. I don't think they'll win it, but they might sneak into the semi-finals. They are a very easy side to underrate."

World T20 history: Have only once progressed through the group stages, in the inaugural tournament of 2007. 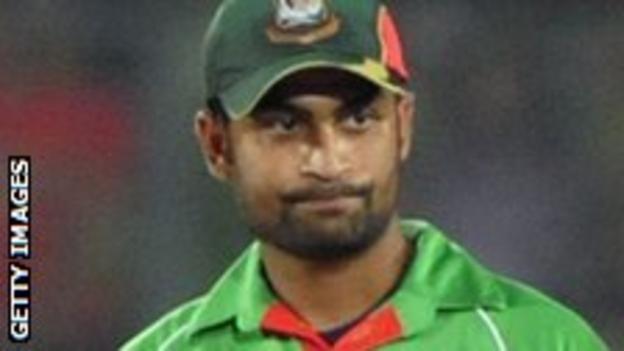 Star man: When he is in the mood, 23-year-old opening batsman Tamim Iqbal can bully a bowling attack. He relishes limited-overs cricket, and proved he has the technique to match with a century against England at Old Trafford in 2010.

One to watch: On the turning wickets of Sri Lanka, slow left-armer Abdur Razzak could pose a threat with his subtle variety capable of taking wickets and also keeping it tight.

Agnew's view: "Bangladesh have always been a bit frustrating because they certainly have the talent, but you never quite know if they will do themselves justice. They are a decent team, who could surprise some, especially on pitches that will suit them. However, it's fair to say they have not performed as well as they should have done both in terms of talent and the investment that has been made in Bangladeshi cricket."