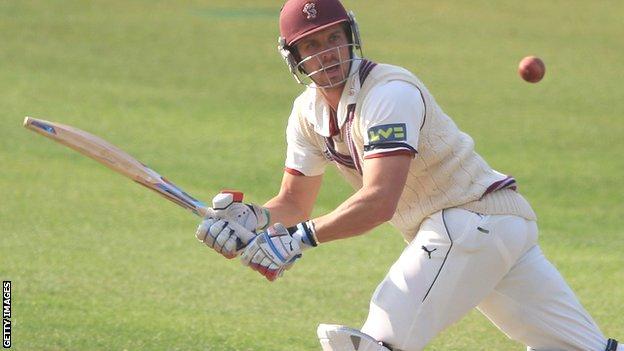 Somerset thrashed Worcestershire by an innings and 148 runs after Nick Compton scored 155 not out and Abdur Rehman ended with match figures of 14-101.

Compton, the leading first-class run scorer in English cricket this season with 1,494 runs at an average of 99.60, helped Somerset declare on 512-9.

Relegated Worcestershire were dismissed for 152, despite Alexei Kervezee's 76.

Rehman, who took 9-65 in the first innings, claimed 5-36 in the second innings as Somerset eased to victory.

This was the fifth time in Rehman's career where he had taken at least 10 wickets in a first-class match.

Somerset had begun the day on 451-7 and added a further 61 runs before declaring, although both Alan Richardson (4-100) and Moeen Ali (4-143) ended with four wickets apiece.

The result sees Somerset finish second in Division One of the County Championship, while Worcestershire finish bottom with only one victory from their 16 matches.