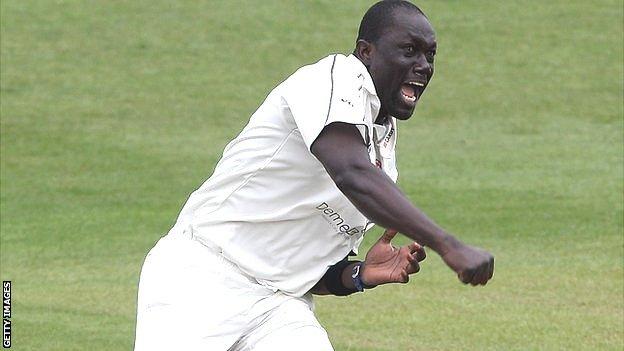 Leicestershire duo Robbie Joseph and Will Jones will be leaving the club at the end of the season.

Fast bowler Joseph, 30, signed an extended contract in May but has not been offered a new deal.

Opening batsman and leg spinner Jones, 22, has turned down a new contract.

Chief executive Mike Siddall said: "Robbie burst onto the scene with the best figures by a debutant in the club's history. Unfortunately he was unable to sustain that level."

Siddall told the club website: "We have been impressed with Will's progress since he came back from university and he had forced his way into the first team.

"Despite the fact that we offered him a contract for next season, he has other plans outside cricket."