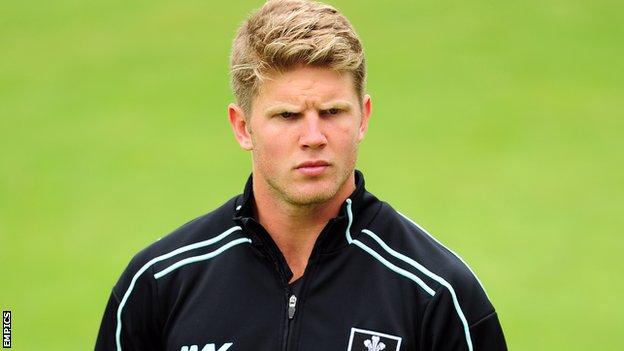 The 23-year-old, who came through the club's academy, has taken 44 wickets in the County Championship this season at an average of 22.56.

He told BBC London 94.9: "I'm really glad to be sticking around at such a great club. They've put faith in me and I feel I've got a lot to offer.

"The club is moving forward into an ultra-professional era and I'm looking forward to seeing how it develops."

Meaker, who has played two one-day internationals for England, added: "I feel like I've had a great year.

"I got 50 first-class wickets the first time which I'm immensely proud of and took my first 10-for.

"My sights are on an England career but I'm not going to get ahead of myself.

"I'm going to keep doing what I've been doing for Surrey and hopefully put a few more trophies in the cabinet."

Meanwhile, all-rounder Chris Jordan has been released by the Oval outfit.

Surrey team director Chris Adams said: "It's unfortunate that Chris hasn't been able to earn a regular place in the first team.

"If he is to fulfil his ambitions in the game it is in his best interests that he looks at opportunities elsewhere."