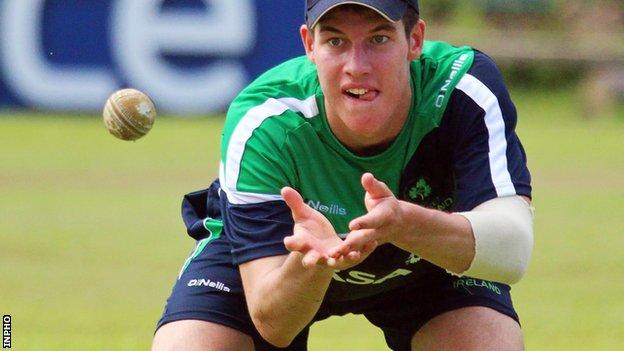 Ireland's George Dockrell has been named as the International Cricket Council's associate and affiliate player of the year.

Dockrell, 20, was the leading associate and affiliate wicket-taker over the last 12 months with 43 dismissals.

The Irishman picked up the honour at the ICC's annual awards in Colombo.

Dockrell and his Irish team-mates are currently in Sri Lanka preparing for the start of the ICC World Twenty20 competition next week.

A delighted Dockrell described the award as a "great honour".

"It's great to win such an award and especially to be following the footsteps of an esteemed group of players like William Porterfield and Ryan ten Doeschate and only at the age of 20," said the Somerset player.

"It's good to be setting high standards and hopefully I will keep performing well for Ireland in the future."