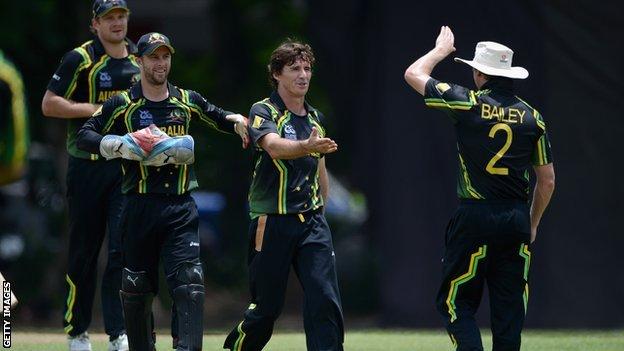 Brad Hogg took three wickets as Australia bowled New Zealand out for only 83 to win their World Twenty20 warm-up match by 56 runs.

Afghanistan, preparing for only their second major tournament, posted 209 before bowling Sri Lanka A out for 158.

Bangladesh, chasing Zimbabwe's 134-6, reached their target with 10 balls to spare thanks to 38 from opener Mohammad Ashraful.

India, who join England in Group A, slumped to 51-4 before Dhoni and Rohit Sharma shared a fifth-wicket stand of 78.

Left-arm seamer Irfan Pathan then took 5-25 to dismiss the home side for 120 in Colombo.