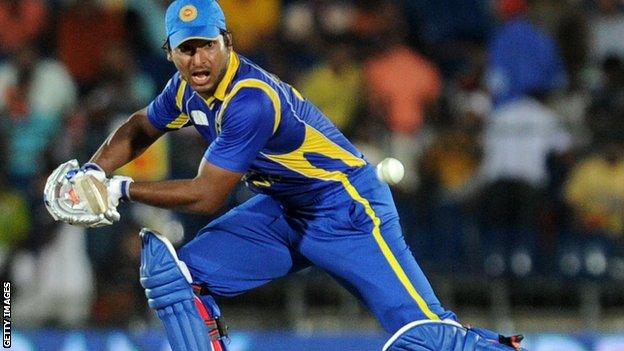 Kumar Sangakkara has won the International Cricket Council's Cricketer of the Year award.

The Sri Lanka batsman was also named Test Cricketer of the Year and took the People's Choice award at the ceremony in Colombo.

The 34-year-old former captain averaged 60 in Test matches in the past year, hitting five centuries, and was also prolific in 50-over internationals.

In addition to three hundreds in ODIs, Sangakkara made 42 dismissals as wicketkeeper for Sri Lanka in the 50-over format.

England's Alistair Cook and Stuart Broad were also nominated for the Cricketer of the Year award, along with South Africa's Hashim Amla and Vernon Philander, and Australian captain Michael Clarke.

India's Virat Kohli was named the ODI Cricketer of the Year, while Richard Levi's 117 off just 51 deliveries for South Africa against New Zealand in Hamilton last February was named Twenty20 Performance of the Year.