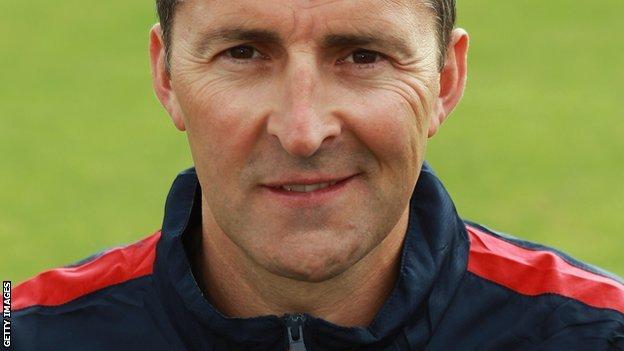 Essex are hoping to sign a seam bowler in the near future to replace Charl Willoughby, who has retired.

Head coach Paul Grayson declined to name the player concerned but he is currently with another county.

"We've got five quality bowlers in our seam attack for next year and we're looking to sign another.

"I like to have six fast bowlers on the staff and we've got some positive signs on one player, so that's looking quite good," Grayson told BBC Essex.

South African Willoughby, 37, announced his decision to quit last week despite having another season left on his contract.

He only played seven Championship games this summer because of injuries and the club's decision to give youngsters Reece Topley and Tymal Mills more opportunities.