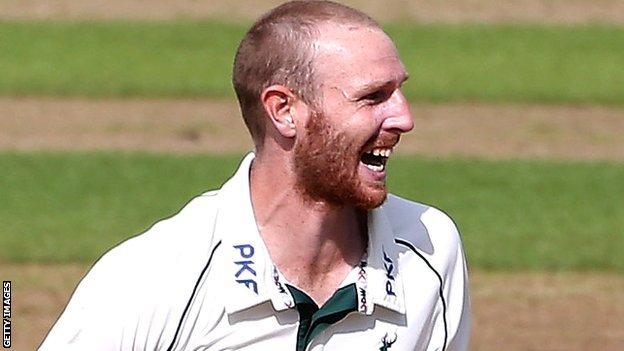 The 24-year-old, who made his first-class debut in 2009, took 25 wickets in nine County Championship appearances last season.

"This has been a breakthrough season for him and I hope he can establish himself as one of our senior bowlers during the term of this contract."

Newell continued: "After a period where injuries were disrupting his progress, he now has a good understanding of how to prepare himself for the rigours of the season.

"He has an unusual action with good pace and an aggressive bouncer and he has the potential to get better and better."

Carter took 12 wickets in the CB40 last season and was the county's joint-leading wicket-taker in the Friends Life t20.

"I've been pleased to stay fit all season and be in the side in all formats, but I feel that there is more to come from me," said Carter.

"I've worked hard on my strength and fitness and in time I would like to lead the attack."