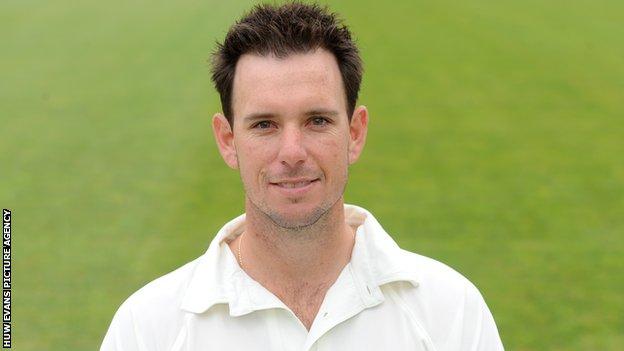 Jim Allenby has been named as Glamorgan's player of the year at the club's end of season awards in Cardiff.

Despite a generally disappointing team performance Allenby, the vice-captain, ended the summer with 42 wickets and 733 runs in first-class cricket.

Allenby was also named the team's one-day player of the year while seamer Huw Waters took the Championship prize for his 39 wickets.

Seamer John Glover, 23, was named young player of the year.

Meanwhile, Stewart Walters, who was Glamorgan's leading run-scorer in first class cricket with 813 runs, has signed a new two year contract keeping him at the club until the end of the 2014 season.

"I have loved my time in Cardiff since I arrived here and I'm excited about the future we've got here as a Club," said Walters.

"I am very pleased to have signed a contract extension with Glamorgan. I've been at the Club for two seasons and I'm looking forward to helping us improve next year as a group and being part of that success as we put it together on the field."