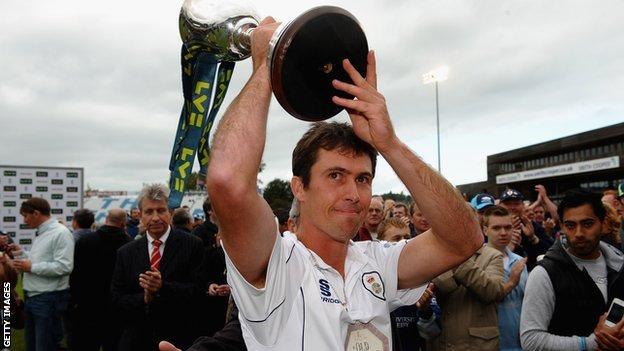 Derbyshire captain Wayne Madsen has said a huge collective team effort was behind him being named the club's player of the season.

The 28-year-old told BBC Radio Derby: "It's been a tremendous year for me and my team-mates.

"I owe this to the players, the coaching staff and everyone at the club. It's been amazing."

Madsen added: "Everyone has put in the hard yards and we have pulled together really well as a team.

"It's been a fantastic season for everyone at the club and personally to finish in this way is amazing."