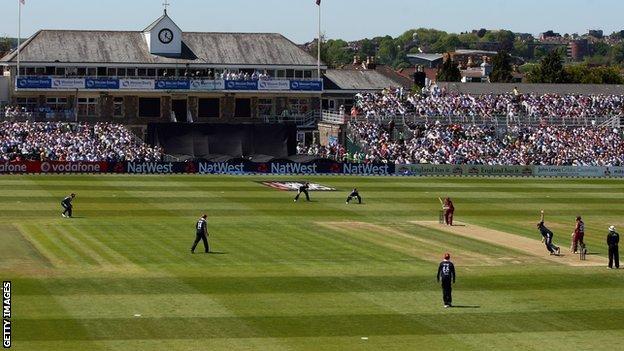 After impressing in the second XI, Durban-born Roderick, 21, has been given a two-year deal.

Herring, 17, is a member of Gloucestershire's academy and has been awarded a one-year scholarship and a two-year professional contract.

He featured for the first team as a substitute in the final home game of the season against Northants.

Director of cricket John Bracewell said: "Gareth has batted exceptionally well, not only for our second team, but in club cricket this season.

"With Jon Batty leaving us, we need competition for Richard Coughtrie behind the stumps next summer and believe Gareth is capable of providing it."

Academy director Owen Dawkins added: "Cameron worked on his wicket keeping last winter under the guidance of Jack Russell and has kept for us in second XI and academy fixtures this season.

"We are looking to send him abroad this winter to gain experience of different conditions."