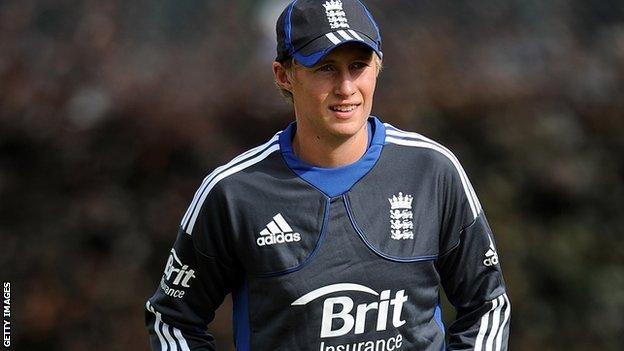 The 21-year-old has been included in the squad for the winter tour of India.

"It's fantastic to see young players called up by the country but it means they're unavailable for county matches," Moxon, himself a former England opener, told BBC Radio Leeds.

Root to the top

"Having said that, it's fantastic news for him."

Moxon added: "We continually have to try to produce players to replace those that get called up to play for England.

"We're delighted for Jonny Bairstow too because he had a tough time against West Indies but for him to bounce back the way he did against South Africa showed tremendous skill and character."

Root enjoyed a fine season as Yorkshire gained promotion back to Division One of the County Championship at the first attempt.

The Sheffield-born youngster hit 937 first-class runs, including a superb 222 not out at Hampshire in July.

The 36-year-old former skipper could leave the county 17 years after making his debut, despite making a series of vitally important contributions in the final part of the season.

He has made it clear he wants to continue playing.

"It's still not been decided," Moxon continued.

"We've had a lot of chats with him over the last few months but he's got a few options of where his career is going to go so that's still ongoing."