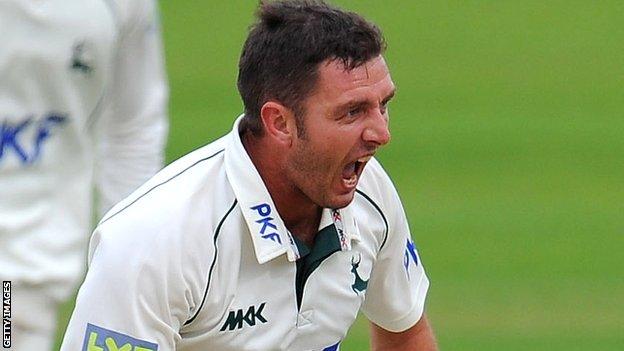 Nottinghamshire fast bowler Paul Franks says he has no intention of leaving Trent Bridge this winter.

There were rumours towards the end of the season that it could have been his last at Notts, but the 33-year-old is adamant he will be back next year.

Franks told BBC Radio Nottingham: "The members of this club know that I want to play here and that's not changed in the last 17 years.

"I hope I have shown in the last month that I have a lot to offer this club."

Franks has scored 6,862 first-class runs for Notts and taken 512 wickets after making his debut in 1996.

"There has been lots of speculation but mostly from people who are misinformed, or who don't know me well enough to gauge what I am about," Franks continued.

"My desire to come back to pre-season training in seven weeks' time is as strong as ever.

"It is my responsibility now to put my name in the hat to be selected for the first game next year and perform as well as possible."