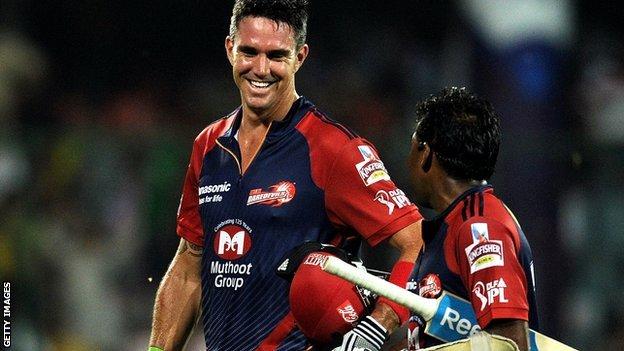 Pietersen, 32, has been linked with Big Bash sides Melbourne Renegades and Sydney Sixers given he seems set to miss England's tour to India following his demotion from the national side.

"There is Big Bash interest," Perth Scorchers opener Gibbs told BBC Sport. "I wouldn't be surprised if he ends up playing for a team there. He should give it a crack and see how it goes."

Pietersen was dropped by England during the recent South Africa Test series following accusations he sent derogatory texts regarding his captain, Andrew Strauss, and team director, Andy Flower, to the opposition.

He subsequently did not have his central contract renewed, saw his contract with Surrey expire and is not in England's winter tour party to India.

Gibbs, who played 90 Tests and 248 limited overs matches for his country, believes Pietersen would suit the Big Bash League, an eight-team tournament being held for the second time in December and January.

"He's a big name and a big draw. I'm sure he'd put bums on seats," Gibbs said. "It's a fantastic tournament with great crowds. I believe it's the most difficult on the T20 circuit, a more even contest between bat and ball.

"I'm not sure what Pietersen's ideas are going forward. But in the interim, why not play Twenty20 and see how it goes? There's nothing wrong with keeping yourself in good touch and good nick, playing all this cricket."