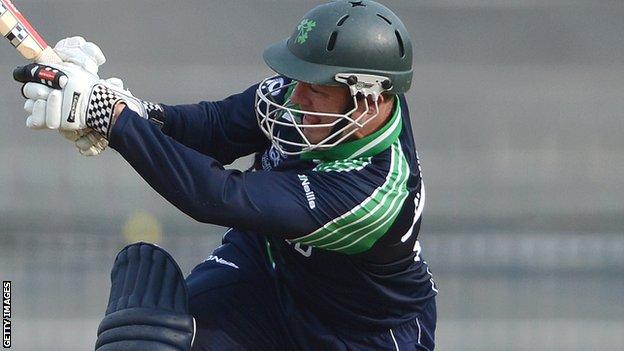 The 30-year-old, who was part of the Ireland side knocked out of the World Twenty20 this week, has been that he can seek a new club.

"The sticking point may be what O'Brien wants in terms of wages and what Leicestershire can afford," he said.

"It does not mean the end for current keeper Ned Eckersley, but they did want to create more competition.

"They said that at the end of the season and O'Brien coming in would do just that."

O'Brien, who spent two years with Kent before joining Northants in 2007, in a T20 warm-up game earlier this month.