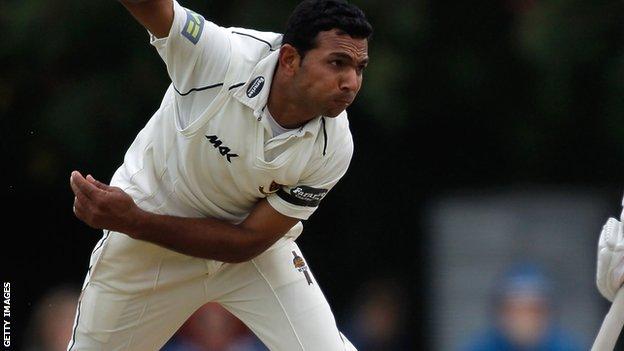 The 30-year-old took 17 wickets at an average of 30.06 in the County Championship last season, but had not featured for the Sussex first team since July.

Manager Mark Robinson said: "It is always sad when any player leaves us and it is no different with Naved.

"We would like to thank him for his whole-hearted contribution."

Arif was playing Lancashire league cricket for Rawtenstall before Sussex signed him in 2011.

The Pakistan-born player has also appeared for Sialkot Stallions in his native country's Twenty20 competition.