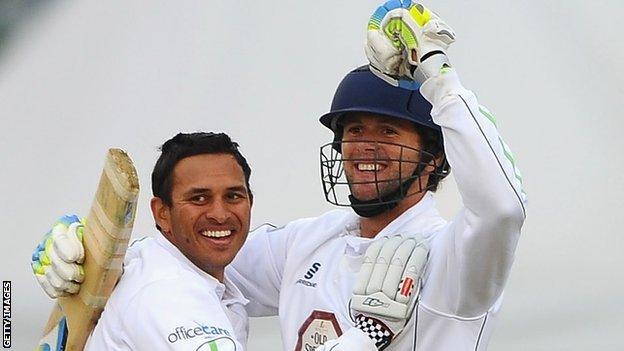 Head coach Karl Krikken said: "It's great to be able to secure the services of Ross and we're working behind the scenes towards more new contracts.

"Ross is a rapidly developing homegrown cricketer who has come of age during the past two seasons."

Krikken added: "He has the potential to achieve great things."

Whiteley, who is preparing to represent England in the Honk Kong Sixes competition next month, said: "With a championship winner's medal and an international call-up, followed quickly by a new contract that illustrates the club's faith in me, it's fair to say I'm a very happy cricketer.

"To achieve something so special alongside such a great group of guys in 2012 was a real career highlight and I can't wait to come back and get stuck into First Division cricket next summer."