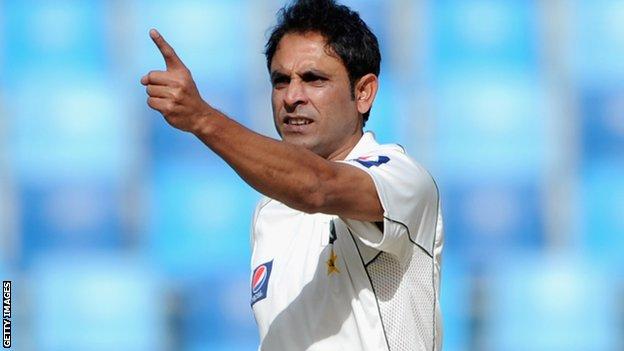 Pakistan's Abdur Rehman has been banned for 12 weeks by the England and Wales Cricket Board after testing positive for cannabis while at Somerset.

The 32-year-old spinner was brought to Taunton as the club's overseas signing.

His ban runs until 21 December, meaning he will not be able to play for Sialkot in the Champions League Twenty20.

"The club does not condone the use of illegal drugs in any circumstances and all Somerset players are made fully aware of this policy on a regular basis."

Rehman took 27 wickets in four Championship games for Somerset - including a career-best 9-65 against Worcestershire.

He was left out of Pakistan's ICC World Twenty20 campaign, but remains a member of their Test and one-day squads.

Rehman has taken 81 wickets in 17 Tests for his country, including 19 in their 3-0 series victory over England last winter.

"I apologise to my family, the PCB [Pakistan Cricket Board], the ECB, Somerset, my team-mates and my fans," he said.

"It was an error of judgement on my part that will cost me dearly and I would like it to be a lesson to all others in sports elsewhere.

"I will do my best to stay fit and focussed during my suspension, and God-willing, will be available for selection for the India series should the PCB see it fit for me to be selected."