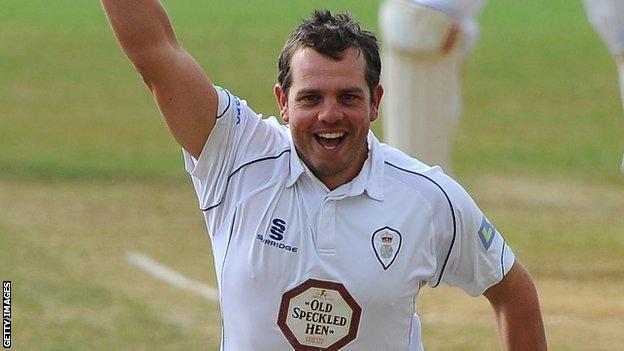 He was Derbyshire's second highest scorer in the Championship last summer, contributing 801 runs to help them win promotion to Division One.

"This is as tight-knit a squad as I've known throughout my career," he said.

"We have a young and extremely talented group of players and I hope my experience can help the younger guys - and the squad as a whole - to achieve more in the years ahead."

Durston began his career with Somerset but his only involvement on the county circuit when Derbyshire approached him two years ago was playing for Unicorns in the domestic 40-over competition.

Since then, he has produced some of the best cricket of his career, hitting five of his six five first-class centuries, and was named Player of the Season by the club in 2011.

"Wes has been one of our most consistent performers across the different formats since he came to the club and securing his services for the next three years is a huge boost moving forward," said head coach Karl Krikken.

"He has the right level of experience to be able to perform in Division One next year, as well as passing on his knowledge to the younger players within the squad."