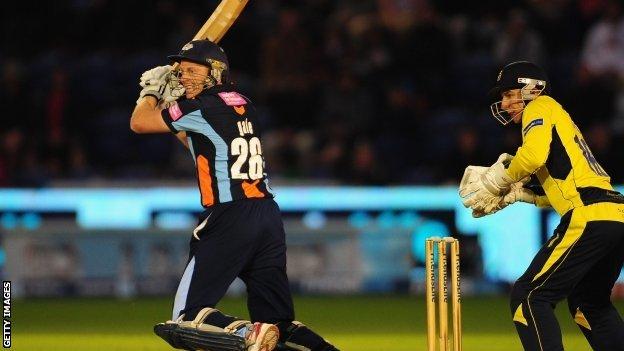 They face Sri Lankan side UVA Next and Trinidad & Tobago in their qualifying group in South Africa next week.

"We go out there with nothing to lose and everything to gain," the Yorkshire captain told BBC Radio Leeds.

Yorkshire in the Champions League

Main group (if they qualify)

"I've watched footage of both teams and they've got some class players which is what we expect but on our day we're as good as any team in the world."

The Tykes qualified for the Champions League for the first time after reaching the FL t20 final, where they lost to Hampshire, in their finals day debut.

Gale, 28, believes they will need to maintain their high standards in the field if they are to round off their season in style.

"We used our fielding to give us the upper hand in a lot of T20 games this year," he said.

"We set a precedent with our fielding in the domestic competition so we need to take that energy out there."

Jason Gillespie's side will be without England internationals Tim Bresnan and Jonny Bairstow, but batsman Joe Root, who was recently called up to the national squad for the first time, does travel.