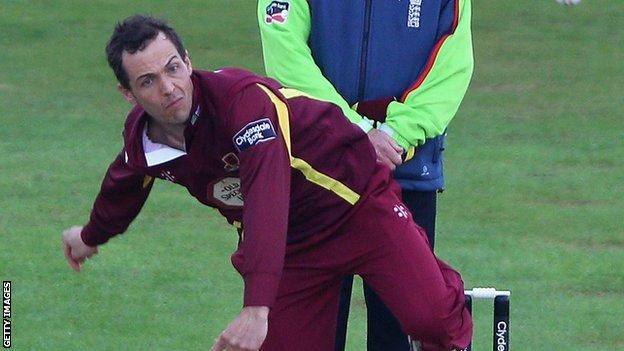 South African De Lange, 31, has agreed a further one-year stay after taking 12 wickets at an average of 15.6 in last season's CB40.

"A lot of the younger players are signing up and hopefully we can all progress in the coming years," he said.

"We all want to work hard and bring success to the county."

Head coach David Ripley added: "Con's one-day form was very consistent and his professionalism around the squad is a valuable asset to us."

De Lange excelled in the shorter form in 2012, finishing as the club's leading CB40 wicket-taker and contributing eight wickets at an average of 18.8 in Twenty20 competition.

Murphy, who was recently called up to tour with Scotland, made his first-class debut in the 2009 campaign and will become of a regular fixture behind the stumps should