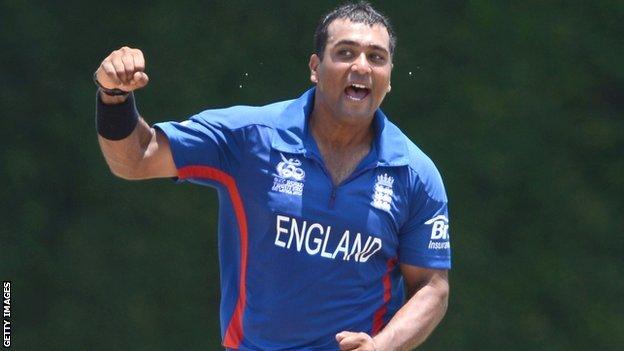 The 27-year-old all-rounder returned to international cricket in 2011 after a three-year exile because of fitness concerns and has established himself in England's limited overs sides.

"We fully expect he will spend some time with England but we are definitely a better side when he's around," said Notts director of cricket Mick Newell.

"His batting ability and bowling option gives our side balance."

Patel impressed in the ICC World Twenty20, particularly in the final game against Sri Lanka where he scored a fine 67 in a defeat that ended the team's chances of retaining the title.

He took 14 first-class wickets and 329 first-class runs for Nottinghamshire in 2012 and was a key member of the side that stormed through the group stages of the competition.

Patel, who also scored 340 runs and took 15 wickets in the CB40, added: "We have enough talent and depth in our squad to win trophies consistently and I want to play my part in that.

"This is the only county that I want to play for and I am pleased to have had the opportunity to commit for another three seasons."