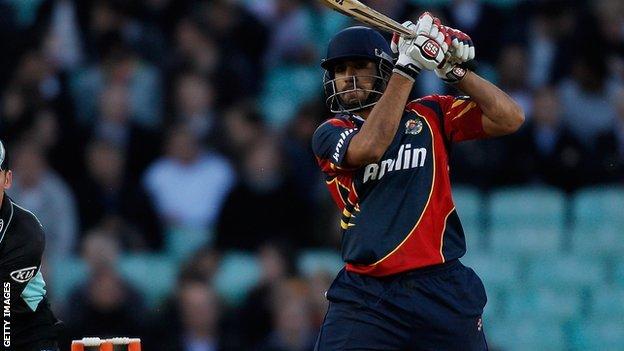 The 27-year-old averaged 50.42 across six county Championship matches in an injury-hit 2012.

But his international appearances left a lot to be desired, culminating in his

Graham Napier, Mark Pettini and Maurice Chambers are among seven other players to sign new deals at Essex.

Head coach Paul Grayson said of Bopara: "It has been a tough summer for Ravi but we want to keep him at Essex for as long as we can because of the ability he possesses.

"He is able to give some massive performances for Essex next season and I'm delighted he has signed a new contract."

A side injury restricted Bopara's ability to bowl in the early part of the season.

His only Test appearance, saw him out for a duck in his first innings and then 22 in his second and he

All-rounder Napier, 32, will extend his time at Chelmsford to 15 years by agreeing terms until 2014.

Batsman and former captain Pettini, 29, has signed up for two years, while 25-year-old fast bowler Chambers has committed for 12 months.

Napier, who averaged 33.50 with the bat in last season's County Championship Division Two, said: "I'm really delighted to sign a new contract with the club and I am looking forward to the next two seasons focusing on gaining promotion to Division One and competing in the one-day formats of the game."