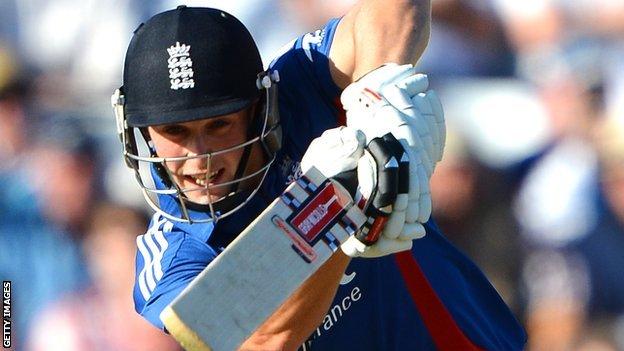 Warwickshire all-rounder Chris Woakes is hoping to keep his hand in for England's New Zealand tour in February by playing domestic cricket down under.

The England one-day international, 23, has signed a contract to play for Wellington Firebirds between November and January as their overseas player.

"Hopefully the selectors will follow my progress and see what I can do in these conditions," said Woakes.

"With England touring New Zealand, it's a chance to make a big impression."

Alongside his Bears team-mate Jeetan Patel, Woakes will make his debut on 26 November in the Plunket Shield against the Auckland Aces at Eden Park, the first of three four-day first-class matches.

Chris Woakes overcame an early season injury to help the Bears to their seventh County Championship title this summer, taking 27 wickets in eight matches at an average of 25.22, as well as hitting two centuries in his total of 431 runs at 71.83

He is also lined up to feature in eight HRV Cup T20 matches and the play-offs, should the Firebirds qualify.

"It's a great opportunity for me," added Woakes. "I'm really looking forward to joining up with Jeets and the rest of the Firebirds squad.

"With James Franklin and Jesse Ryder also in the team, I'm sure it's one can challenge for honours."

Woakes has also played six one-day internationals for England, his two most recent appearances having come against South Africa in September.

He then returned to Bears duty and went close to winning the CB40 final against Hampshire with the bat three weeks ago.

Although he has played in three Twenty20 Internationals for England, he missed out on a place at the current ICC World T20 in Sri Lanka.

And he was also left out of both the main England tour party for India and the 17-man Performance Programme squad to tour India from mid-November, for which Bears team-mates Varun Chopra and Chris Wright got the nod.