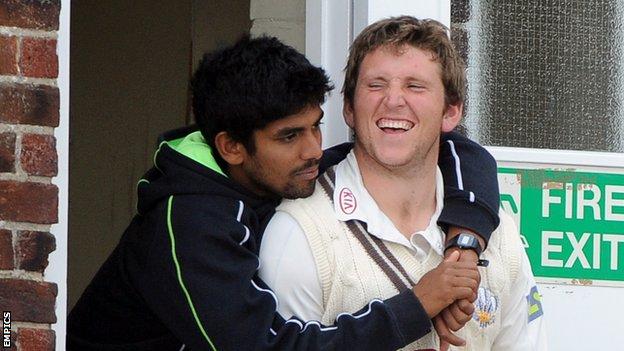 Harinath, 25, has agreed a deal to stay at The Oval until the end of the 2014 season while Wilson, 26, has penned a one-year contract.

Surrey team director Chris Adams said: "Arun is a very talented and dedicated cricketer and he proved his quality in the second half of this season.

"He now has the deserved opportunity to build on his achievements."

Adams added: "Gary is a versatile cricketer who showed his value and character in all competitions for us last season.

"I am really pleased he has agreed a new deal with the club and he will be a vital member of the squad once again."