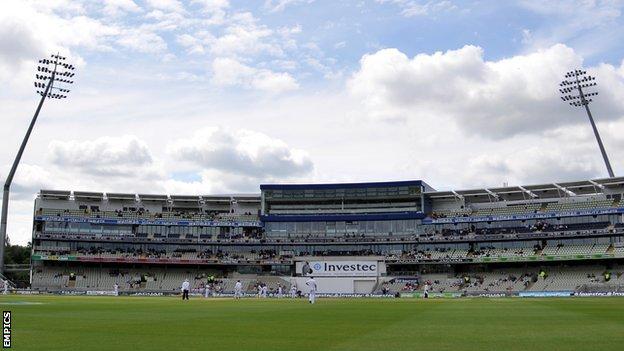 Warwickshire have been compensated for their loss of an Ashes Test in 2013 by again being handed the most lucrative day in the domestic cricket calendar.

Edgbaston will stage Finals Day of the Friends Life t20 on Saturday 17 August.

That comes on top of Edgbaston also being awarded the Champions Trophy final, as well as the England-Australia qualifying group game, next June.

"One of the reasons we built this stadium was to win the right to host games like these."

It will be the fifth Finals Day to be staged at Edgbaston - and it also marks the start of four consecutive years in which Warwickshire will stage the prestigious event.

"In just 11 years since the introduction of Twenty20 cricket, Finals Day has become one of the marquee events in the British sporting calendar and Edgbaston is honoured to be hosting it for the next four years," added Povey.

It also further helps cushion the losses Warwickshire suffered this summer owing to the weather.

Not only did the Bears lose three full days of the third Test against the West Indies in June, they also had the following month's one-day international against Australia rained off.

In addition the traditionally well-attended home Twenty20 clash with neighbours Worcestershire was also washed out.

"It's just been a difficult summer," Povey told BBC WM. "For certain revenue streams we can be insured, as we were for all the big international games and we had cover in place to a large extent.

"But the one-day international was just such a sad day for the 16,000 we had here. As quickly as we got the covers off each time, it just started raining again. You really feel for the fans.

"But we're not alone. Plenty of counties have suffered in domestic cricket, particularly in the Twenty20."

On top of hosting the FLt20, the Bears will also stage several key games in the Champions Trophy in mid-summer.

"It's great to have the final, and we've also got a strong allocation of group games.

"We haven't got a Test in the Ashes series, so it's a plum fixture to get the Aussies here for the Champions Trophy.

"From their comments this summer, they were pleased to be here and think we have a real world-class stadium.

"And India versus Pakistan, maybe it's not one for the traditional English fan, but it should be bouncing. The atmosphere should be electric."