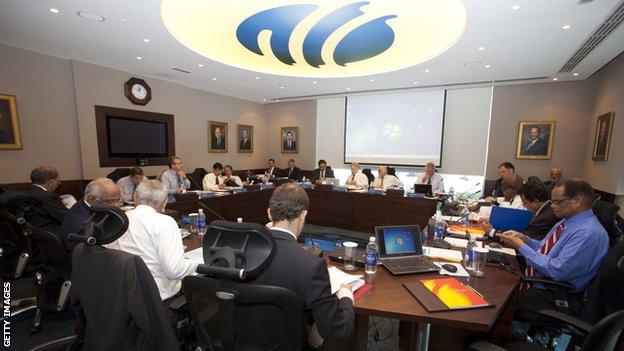 The International Cricket Council has launched an "urgent investigation" into match-fixing allegations.

India TV has alleged six umpires were willing to fix World Twenty20 games ahead of the tournament in a programme broadcast on Monday.

"You have got to substantiate the allegations first. They've got to see the evidence and make a judgement on it. You have got to keep policing everything in cricket but it just seems ripe for people to get involved illegally and start betting scams."

Cricket's governing body has called on the broadcaster to hand over evidence that could help its investigation.

It said: "None of the umpires named were involved in any of the official games of the ICC World Twenty20."

India TV has alleged the umpires - whom it says are from Sri Lanka, Pakistan and Bangladesh - were willing to fix matches for money during the tournament, which was won by West Indies on Sunday.

However, a seventh umpire approached during the sting operation earlier in the summer declined to get involved, the station claimed.

In a statement responding to the programme's claims, the ICC said it was aware of the allegations and called on the station to "turn over any information which can assist the ICC's urgent investigations".

It added: "The ICC reiterates its zero tolerance towards corruption whether alleged against players or officials. The ICC will not make any further comment on this issue."

The latest allegations come almost a year after Pakistan players Salman Butt, Mohammad Asif and Mohammad Amir were jailed for their roles in a betting scam during a Test series against England in 2010.

Another Pakistani player, Danish Kaneria, was banned for life by the England and Wales Cricket Board in June for corruption in a fixing case in English county cricket that also involved Mervyn Westfield.