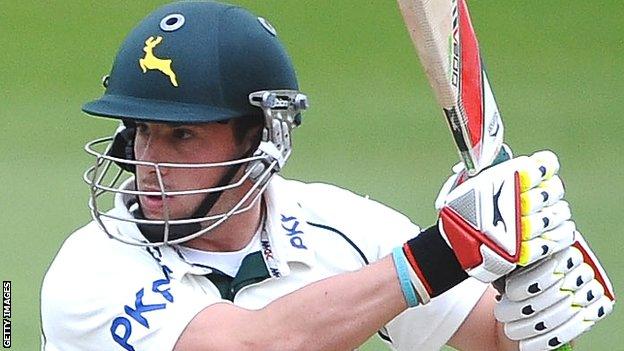 Nottinghamshire all-rounder Steven Mullaney has signed a new deal until the end of the 2015 season.

"Coming to Nottinghamshire was a great move for me. There is the potential for this team to become consistently successful," he said.

"I'm hopeful that we'll have something to celebrate in 2013."

Mullaney began his career with Lancashire but moved on to Notts for the 2010 season after failing to earn a regular first-team place at Old Trafford.

Notts director of cricket Mick Newell added: "Steven did very well when he came into the four-day team and his average his testament to that.

"He has always been a key part of our limited-overs plans, but there is every chance that he could firmly establish himself in all formats for years to come if he can bat consistently in the championship."