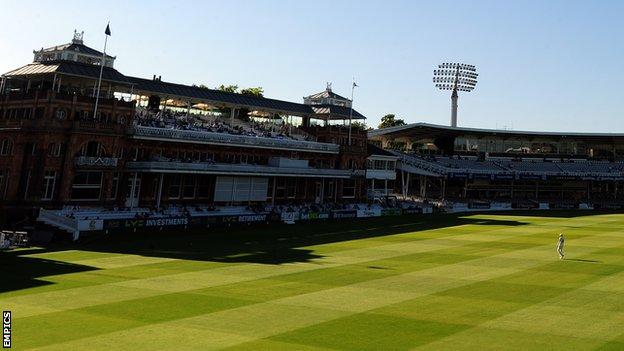 Davey, 22, has signed a one-year deal while 20-year-old Wilkin has abandoned his studies at Loughborough University to commit to a two-year deal.

Wilkin played three games in this year's FL t20 competition, while Davey has made 44 appearances for Scotland in the last three years.

He will be available to play CB40 cricket for Middlesex in 2013.

Managing director of cricket Angus Fraser said: "It is the bigger name signings that always receive the largest coverage but signing young players with a lot of potential is equally important to a club like Middlesex.

"Josh and Ollie are talented all-rounders that we hope will have a big impact on Middlesex in years to come.

"The departure of Steven Crook means that both have an excellent chance of pushing for first team cricket in 2013."