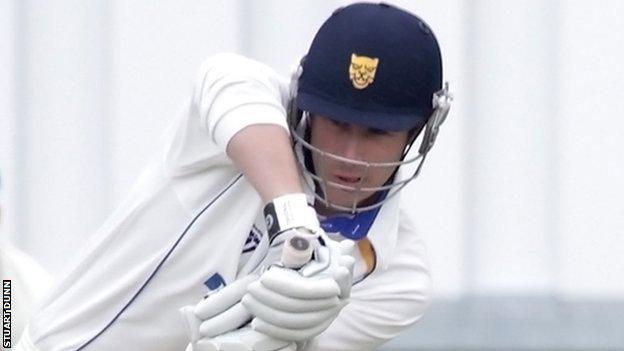 Shrewsbury's Ed Foster is standing down as captain of Shropshire after three years leading the side.

"It was a hard decision to make, but it's simply a time thing, juggling three-day cricket with my own work commitments," said the 27-year-old.

Foster led his team to the 2010 Minor Counties Knockout, making 95 not out in a seven-wicket win over Lincolnshire.

"That was a highlight, taking a lot of supporters with us to Durham," Foster told BBC Radio Shropshire.

"Another plus has been the development of young Shropshire players, and building up a real spirit in the dressing room.

"My only regret is not winning the league. We went close, but injuries, unavailability and the weather always seemed to get in the way."

Foster, whose father John is a former Shropshire skipper and whose brother Rob is a current player, has given his thoughts to the county committee on possible successors and what they might be looking for as his replacement.